I’m a pastor at Trinity Reformed Church in Bloomington, Indiana. I’m married to Hannah, and we have some delightful children. 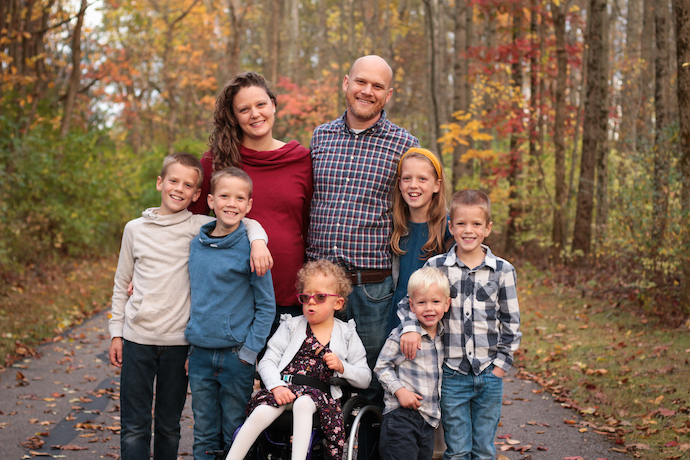 What’s with the name?

It’s a phrase from The Pilgrim’s Progress:

Now I saw in my dream, that thus they sat talking together till supper was ready. So, when they had made ready, they sat down to meat. Now, the table was furnished with fat things, and wine that was well refined; and all their talk at the table was about the Lord of the hill; as, namely, about what He had done, and wherefore He did what He did, and why He had builded that house; and by what they said, I perceived that He had been a great warrior, and had fought with and slain him that had the power of death, but not without great danger to Himself, which made me love Him the more.

For, as they said, and as I believe (said Christian), He did it with the loss of much blood. But that which puts the glory of grace into all He did, was, that He did it out of pure love to this country. And, besides, there were some of them of the household that said they had seen and spoken with Him since He did die on the cross; and they have declared that they had it from His own lips, that He is such a lover of poor pilgrims, that the like is not to be found from the east to the west. They moreover gave an instance of what they affirmed; and that was, He had stripped Himself of His glory, that He might do this for the poor; and that they had heard Him say and affirm that He would not dwell in the mountains of Zion alone. They said, moreover, that He had made many pilgrims princes, though by nature they were beggars born, and their home had been the dunghill.

Thus they talked together till late at night; and after they had committed themselves to their Lord for protection, they betook themselves to rest. The Pilgrim they laid in a large upper chamber, whose window opened towards the sunrising. The name of the chamber was Peace, where he slept till break of day, and then he awoke and sang:

“Where am I now? Is this the love and care
Of Jesus, for the men that pilgrims are,
Thus to provide that I should be forgiven,
And dwell already the next door to heaven?”

To read the entire work, get it from Project Gutenberg.